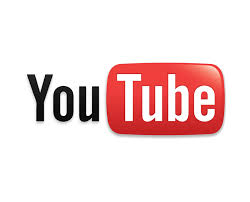 There is a very wide choice of Jussi-recordings at Youtube, maybe about one hundred. Many times the same recording is uploaded by several different users. There are millions of visitors, the most views have O Helga natt, amassing 2 million views, followed by Nessun dorma and the Pearl Fisher duet with 1.4 million respective 1.3 million views.

Visitors can leave comments and naturally the great majority are positive, in many cases overwhelming. Click on the link and you will find a number of comments to some recordings on Youtube.

“Your singing moved my soul...”, “He is like Vincent van Gogh, never got all the fame when he lived, but Vincent is the best and Jussi is the very best.”, “Now just try to imagine a man who has been deaf all his life and somehow got his hearing back and the very first sound he heard was Jussi Björling singing O Helga Natt”, “Absolutely saintly, Jussi, is a shear saint in music.” , “Vilken gudomlig röst, vilken skakande upplevelse! Tack, Jussi, för allt det vackra du gett oss.”, ”There is almost nothing to say. This is the greatest ever. I always cries when I hear this. Europe is dying, and this is it's swansong.”, “This is so beautiful, almost supernatural, it just makes me stunned. Thank you Jussi, the tenor of all times! Your voice is devine and is not comparable to anyone else's, you are sublime”, ” It's the 1st of July and I'm shedding tears listening to this masterpiece.”,  “Enough to make an atheist believe there is a God!”, ” Mastery of the human voice doesn't get much better than this. Sublime.”

“Listen to how long he holds on that last syllable of Tos - ca - pure tone wedded to power. The man had the voice of an angel. God took him from us too soon.”,” This is the greatest that this aria has ever been sung. Bjorling was magnificent. No tenor can come close to this greatness. Bjorling was the greatest tenor that ever lived”,” How could God let him die?”,” Bjorling was outstanding here. No tenor to emerge after 1960 was, or is, his equal.”, The for ever number one lirico spinto tenor!!”,” That is the best version of Recondita Armonia I have heard. His high register is better than any other singer I have heard..”,” I completely agree. He strikes me anew each time I listen—and it's been hundreds of listens to various recordings by now. There is something so heart-wrenchingly tender in his singing, even when he is putting the power to it. But especially when he sings the softer moments, I want to cry.”

“And there you have it. Another definitive version by The Great Swede.”,  “This particular recording is the best rendition of Amor ti vieta any tenor could ever attempt.  The ‘la’ before ‘tua pupille esprime’ - before the high A ‘t'amo’ is one of the most beautiful, haunting notes ever heard.”, “The thing about Bjoerling is, his sound was just incomparably beautiful, personal and special. Nobody else ever sounded like him. Many thrilling tenors have sung this aria, but Bjoerling's performance will always be special because of his unique timbre and emotional power.”

“Two men using their voices like two heavenly instruments. Thank you Jussi for all the immense love and beauty you expressed through your voice, for all you have given us.”, “My father used to quote this duet when I was a kid, and now 65 yrs later I have yet to hear a better version! Magnificent, absolutely sublime!”,  ” This performance matches the pearl fisher who is performing at the limit of human endurance and possibility. Heroism, strength, “striving and sheer charisma. It has It all.”,” THIS helps offset some of the shame I sometimes feel for being male. God it's gorgeous.”,” The pitch and the blend are sublime. You can hear the soul in their voices, their vocal vibration is hard to separate which makes this rendition unique. They don't just sing this, they OWN it....seamless and pure.” ,“This duet is a mood changer. Listen and then feel pure joy. These two performers must have liked and respected each other. How else can you produce such beauty. Bjorling was such a gift to music lovers.”

“When I hear this I wonder if he is from another planet. He sing so light and at the same time he sing the way it shall be performed. I love it! Excellent Maesto.”,” his greatest interpretation of this sacred work. Bjorling got the most perfect voice for this kind of music: it resounds like an angel voice!”,” and every other tenor would love to know how he achieves his effortless limpid and liquid tone. His voice was a miracle. Pure technique cannot replicate his vocal quality.”,” That strange sound you hear at the end of this recording is Rossini clapping from his grave.”

“Beyond belief, the beauty of this man's voice!” ,“This was the first performance I ever heard of Bjorling, several years ago and it ‘blew me away’. To hear the simple lines of this classic aria sung with such clarity, perfection, and passion truly opened my eyes (and ears). I suddenly realized what a truly great singer can do.”,“I brought a friend ( a Julliard grad), who had given up a career as a recital singer to raise a big family-none of them music lovers- a Bjoerling album. She hadn't heard opera for years. She sat back in her chair and sighed ‘out of the air those notes come. Out of the air’ She made me feel as if I had given her the crown jewels. And in a way, I had.”

“My all time favourite tenor. to call him only brilliant does not do him justice. the 'voice of God' as I read below comes close. Old joke and not mine: okay, to compare him with God is acceptable, but let us face it: God wasn't Jussi Björling!”

“Not only do I cry when he sings, the hairs stand up on the back of my neck.  To me, his voice is otherworldly, silver, heartrending.”, “It can't get better than this... Style, atmosphere, expression, legato... It doesn't disturb one bit, that he sings in Swedish.”,” This is truly a gem of art.”, ” For anyone who does not sing or is not a tenor, it is difficult to describe what unmatched flow, legato and seamless range this giant of singing had. Really, singing is NOT this easy for 99.99999% of the rest of us!!!! And what underlying pathos that was the basic color of his voice. Hearing it is like having liquid gold poured over your head!”, “I will never forget the first time and the many other times I heard this magnificent performance. The subtle changes in dynamics and the silken line are temendous”, “He makes time stand still.”

“It freezes my nerves. Unbelievable!”, “There was an innate sadness in his voice; a yearning. He seemed to be constantly striving for something he could not find. Like so many great artists he found it hard to accept that he was the best and there was nothing more he needed to achieve.”,” His voice was like the smoothest silk in all ranges and dynamics. A simply incredible tenor.”, ” he obsession with the High C is because it is the true test of every premier tenor. With some of the top tenors though, the entire register of the voice is absolutely beautiful, which beauty is really the true test of quality and excellence. Bjorling exemplified that special beauty of every tone in a superlative manner, unmatched by anyone.” That is the reason why he gets the most votes for being the greatest tenor of all time. I fully agree!” ” Oh Jussi, how you could sing!!!”, ” I studied as a tenor and Jussi's technique was the benchmark. Never a yelp, never a swoop, high notes sung not screeched and perfect intonation. He was criticised for wooden acting but if you watch this, his singing conveyed so much, any further acting histrionics would be too much. This is perfection.”

” Just listen. I say no more.”, “Who else could own the high C this triumphantly, stably, and comfortably?” , “Has there ever been a tenor that more respendently displays the wonders of the passion and the great skill of tonal colors than has Bjorling?  His voice is a consistent column of sound that appears to have no register changes nor dynamic restrictions.”, “What a voice. If liquid honey being poured had a voice, it would be this. You can sing this aria as Rodolfo as a guy on the make for a quickie with Mimi, the way most tenors do, or you can sing it as a poet who has been sent into ecstasy by falling in love at first sight, the way Jussi Bjorling did -- I know which way I prefer!”,  “What makes this singer unique is his ability to express seemingly endless drama and heart from every syllable. Coupled with notes which are torrid and muscular, you have a singer who can soar to musical heights that many can only reach in their dreams.”, “Wow. Just wow. All i can say is wow. A god among mortals.” ,“The word 'best' for me is always problematic since it is so subjective but if I were offered the choice of tickets on the same night for Bjorling or.........you name any other world class tenor.......I would choose the Bjorlingm performance. I never heard him person.”

” Ah, yes -- if God had vocal cords”, “This is so poignant and beautiful. Jussi does it incomparably. He is simply the best.”, ” Just love Jussi. The best I guess”, ” For me the best interpretation by the best voice.”  “Another Jussi-beauty...you are and will always be, a TREASURE...” ,“God bless Jussi. Just the right pace for this song. Beethoven would have been pleased.”,”We don't say R.I.P. to Jussi. We say "thank you", “2011, this year it is 100 years since Jussi Björling was born. Your singing will be a gift to us who love you for our life and for the future mankind something beautiful to listen to and it will rest until eternity.”, “I have had the privilege to study the tenors for 40 years and engaged in conversations everywhere. Unanimously, in these discussions Bjorling always ends up as the overall favorite of all. For many years I sought for a very adequate way of describing the sound of Jussi's singing. A close opera friend of mine beat me to it. He said this, ‘Bjorling does not sing to you he sings THROUGH you’ I believe this is why he moves us to tears with amazement and wonder of his great immortal gift of singing!”, “Light, ever-loving light, shines through his voice.”