The Annual Meeting of the Jussi Björling Society in Borlänge  2017 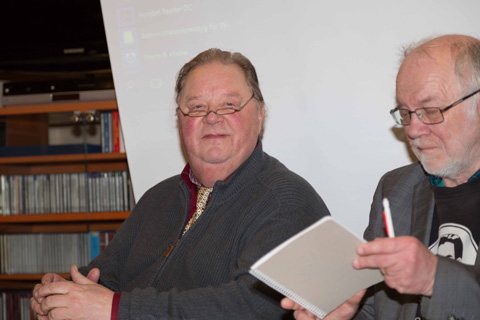 The meeting was opened by the chairman of the Society Bengt Krantz, who bid those present warmly welcome. After that the deliberations followed. As §10 was established that the next annual meeting is to take place in Stockholm Saturday 3 Fabruary 2018. As §14 Bengt Krantz informed that the prize of the Jussi Björling Society 2017 has been awarded to tenor Bror Magnus Tødenes. Unfortunately Tødenes cannot be present at the concert “Jenny and Jussi” at Skansen on Saturday 5 August, but will instead receive his award at the Jussi Festival at Strömsbruk on Saturday 2 September. As § 16, under the heading “Any Other Business”, Gunnel Welinder thanked the committee for a good job during the previous year. 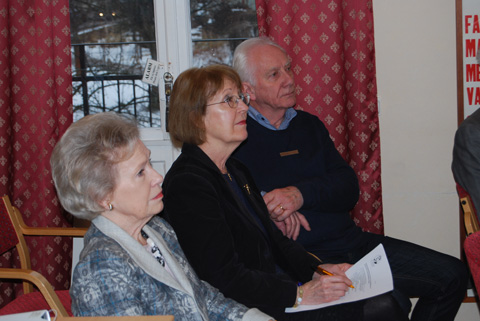 Members of the board Annicka Englund and Berit Sjögren

After a well accomplished meeting, rounded off by Bengt, a nice cup of coffee/tea and Jussi-cake was tasty. There were also opportunities for the members to socialize in the unique atmosphere of the museum. 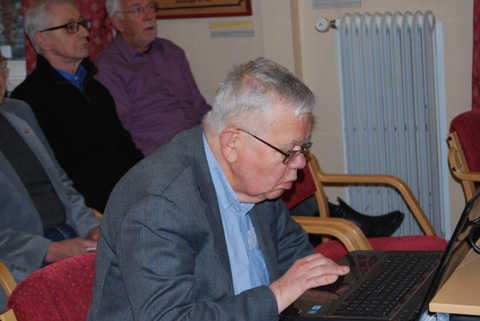 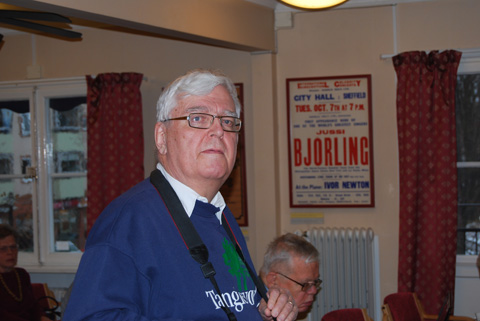 After that Roger Alderstrand was scheduled to talk about the newly revised chronology over Jussi’s performances, show caricatures of Jussi and point out some textual mistakes during his career. Unfortunately he had been prevented from coming, and as compensation the curator of the museum, Jan-Olof Damberg, showed a TV-programme, “It is in the walls” from a mission-hall in Svartå, Degerfors in the province of Värmland. In this 125-year-old chapel a family with children live, and they got to know quite a lot about the history of the chapel. Among other things David Björling had once given a concert there with his singing sons Olle, Jussi and Gösta. This was a nice conclusion of the meeting.