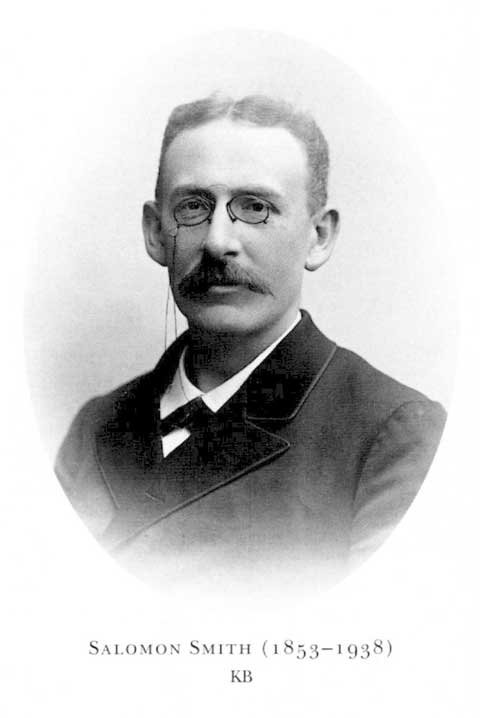 In 1928, Jussi spent the month of March in Stockholm for the first time. He had come to the capital city around the first of the year from Ystad, where for several months he had worked at Belysningsmagasinet (a lighting store). In Ystad, contact was made on Jussi’s behalf with opera manager John Forsell, who promised him an audition. His benefactor was former drugstore owner Salomon Smith (1853-1938), also a skilled musician who was active as a bass singer and string player and honored with the title “professor musices” 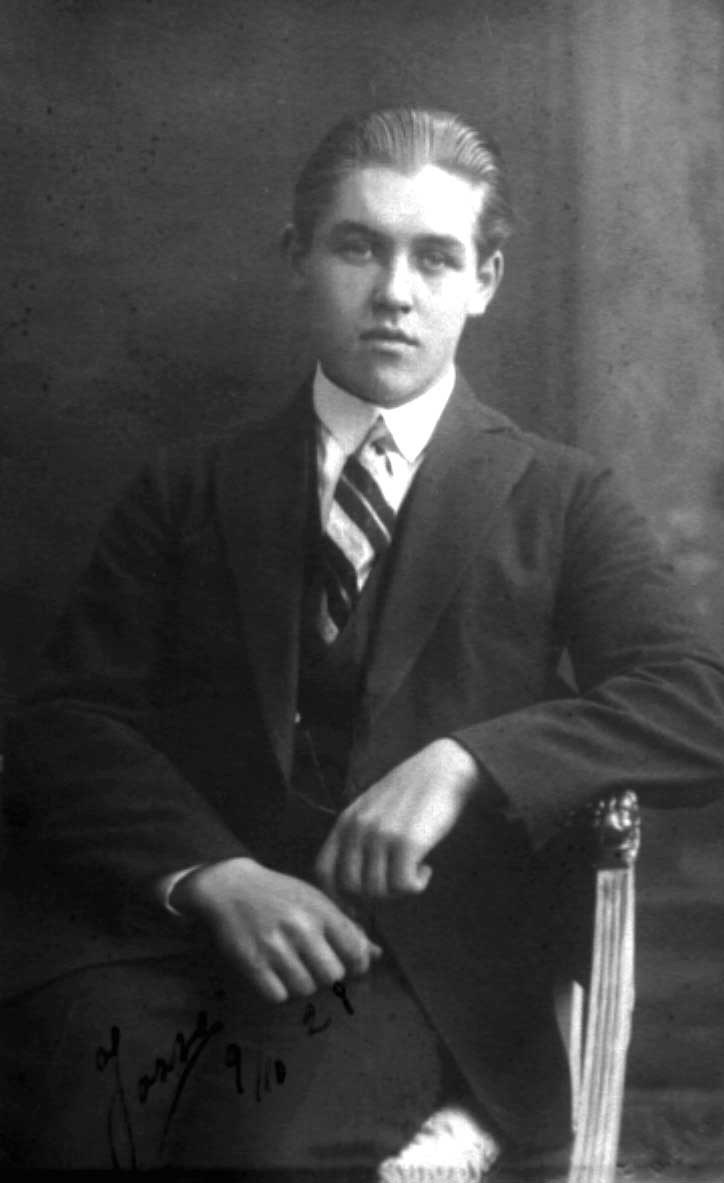 Already in February, just turned 17, Jussi Björling had sung at the Södra Latin Grammar School Gymnasium. He continued to sing at their ”Cultural Folk Dance Society Evenings” for some years thereafter. Not much later, he ventured up to the Radio and auditioned with Leoncavallo’s Mattinata for music director Natanael Broman, who immediately recognized his talent. Broman noted Jussi as “tenorbaritone” with “fine top and good voice,” as it appears in the note below (note that Jussi’s first name is written as “José”, a form that was used sometimes in his youth, even on printed posters for the quartet).

On this occasion, conductor Nils Grevillius was present. He came to play a very important role in Jussi’s future career.

On March 9th, Jussi took an important step in his career, by singing for the first time on the radio. Through the years, there would be many radio concerts, mostly in Sweden and the US, and radio was the medium through which many people encountered him for the first time and most often. Jussi’s debut took place on a so-called variety program, where he appeared together with the singer Sven-Olof Sandberg, the pianist Wiatcheslaw Witkowsky and the xylophonist C. Vitalis. The radio orchestra also participated, as shown in the daily program below. 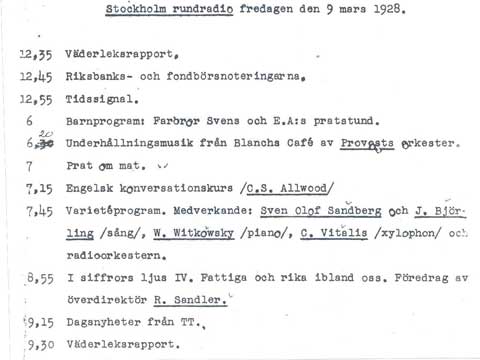 Sven-Olof Sandberg (1905-74) had made his debut as recording and radio artist in 1927. His breakthrough came in 1928 with När bröllopsklockor ringa (When wedding bells ring). He would become one of the most prolific and popular Swedish singers, known as “SOS” and active also as lyricist, composer, actor, music publisher and artists’ agent. For a time, he was also Jussi’s agent. Sandberg trained his beautiful baritone voice by studying with Joseph Hislop. He was engaged by the Royal Opera in Stockholm from 1940 to 1944 and then sang together with Jussi twice as Marcello in Bohème. They also appeared together for example in 1940 at Skansen for Children’s Day and in 1941 in a benefit concert at the opera house (see picture). 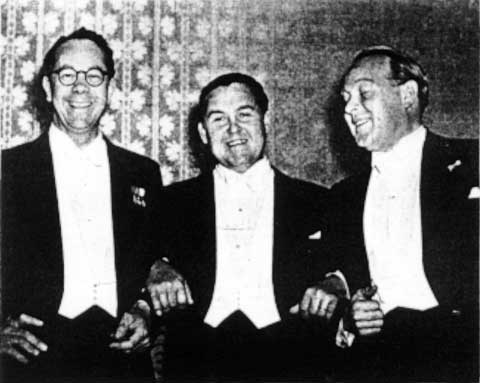 Joel Berglund, Jussi Björling and Sven-Olof Sandberg at a benefit concert at the Royal Opera House in October 1941 for victims of a naval catastrophe.

Wiatcheslaw Witkowsky (1902-46) was born in St. Petersburg and had come to Sweden in 1923. He came to be regarded as one of the finest Swedish pianists of his time, and was also active as a teacher, for Sixten Ehrling, for example.

Jussi recalled that on his first radio appearance he sang För dig allén (For You Alone) by Geehl, I drömmen du är mig nära (You are Near in My Dreams) by Sjögren, and an aria from Tosca. He also remembered that he was disappointed about the fee. “I had hoped for an enormous fee of 75 kronor, especially after I had gotten 50 at Stallmästaregården [a restaurant], but when it was over, Natanael Broman said, “OK, so here’s your fee. You get 50 bucks.”

Below you can hear Jussi Björling sing I drömmen du är mig nära in a recording from December 1929, conducted by Nils Grevillius.