During the first months of 1943, Jussi appeared as guest at the Stockholm Opera on several occasions and also sang quite a lot of concerts around Sweden, not least on a tour of Dalecarlia. It was in the midst of the World War and the opportunities for assignments abroad were utterly limited. However he had been invited to sing four performances at the Maggio Musicale in Florence at the end of April and beginning of May (read more on Jussi of the Month May 2014) and before that he finished his sojourn at the Stockholm Opera with two performances of “Il trovatore” on 8 and 11 April. 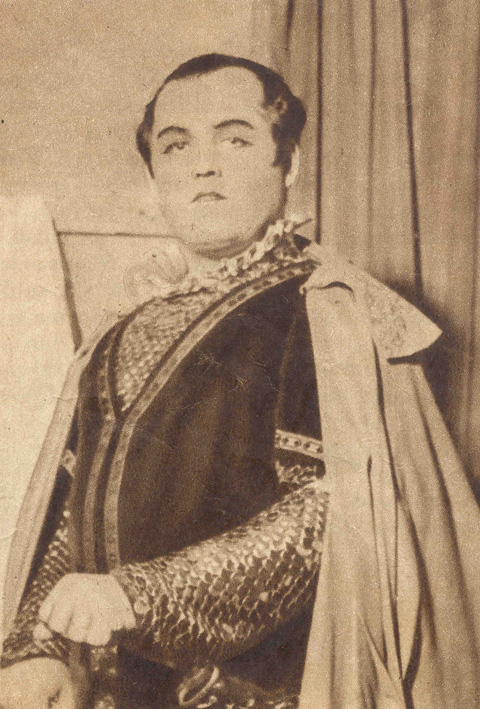 Jussi as Manrico (1945?)
Expectations were high and both performances were sold out far in advance. In a preliminary notice Dagens Nyheter wrote:

“Mr Björling has in this role, which he sings in Italian, had one of his greatest successes abroad. In London he sang Manrico at his first appearance at Covent Garden with maestro Gui in the pit and in the US he has sung the role at the Metropolitan Opera House in New York, the Grand Opera in Chicago and in San Francisco. At his first guest appearance at the Met he caused a great sensation when he sang the famous stretta in the original key, something that ever since the days of Caruso nowadays is a rarity even on the world stages.”

The expectations didn’t come to nought. Kajsa Rootzén in Svenska Dagbladet was satisfied that “Jussi guested as Manrico – which meant that at long last, even in this revival, we got to hear a true Verdi tenor in this grateful part. The experience was truly glorious, since the singer was not only in good vocal shape, he also made an artistically outstanding achievement. For sheer bravura he reached the culmination in the fiery ‘stretta’ – which he, in spite of prolonged ovations, had the good taste not to repeat – but musically he captivated just as intensely with the lyric love monologue just before, and particularly alive and sensitive was his reading of the first scene with 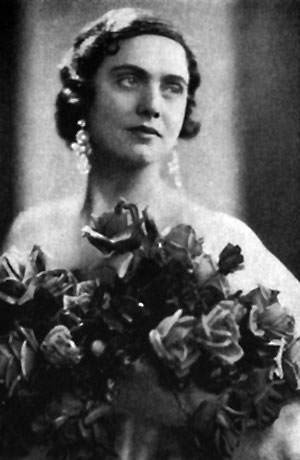 Gertrud Pålson-Wettergren
Azucena – how naturally and softly he also in his acting expressed Manrico’s filial affection and anxiety. This was in fact something of the very best and beautiful Jussi Björling has displayed of his art. But he also had a marvellous partner in Gertrud Pålson-Wettergren. Her Azucena is really a fascinating role creation.”

Her colleague in Dagens Nyheter, Curt Berg, was most interested in taking offence at the low musical quality and the hard to understand story.

In due time he admitted though that Jussi was up to the standard singing-wise: “It was reassuring to hear his secure, polished, full-throated singing.” The other guest, Norwegian soprano Signe Amundsen, who was on the vocal downhill, was hauled over the coals. She “tried to sing Leonora, but managed only occasionally, partly due to indisposition, partly also due to too awkward voice production. High notes should rise like silver-doves towards the opera-sky, not remind us of anti-aircraft explosions.”

Today such scathing criticism would almost be regarded as abusive, but he wasn’t alone in his tough verdict. William Seymer at least apologised: “ … her abrupt fortes, which arrive hard like a scream or pistol shot, endow her execution with a light touch of ridiculousness. One can’t help being impolite – the singer’s guest appearance was fairly unnecessary.”

( Henriette Guermant was Leonora on the 11 April performance, but there is no review from that occasion). 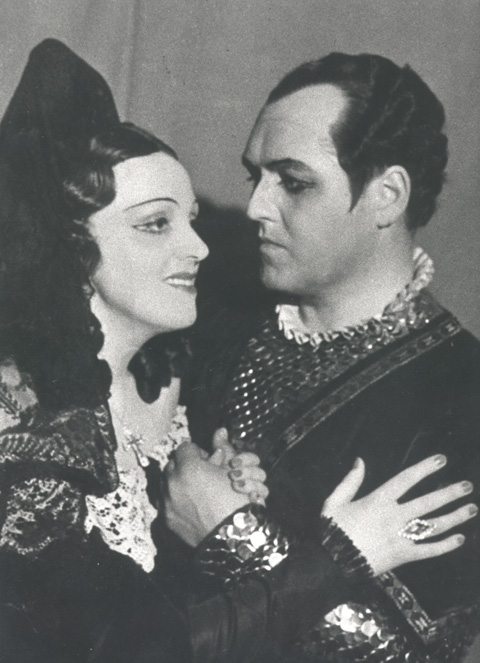 Henrietta Guermant and Jussi on the 11 April performance
Jussi didn’t quite find favour in his ears – to begin with. “But he improved step by step and in due time there was colour, pith and intensity in his voice, and when he reached the famous Stretta … he scorched at full throttle, he did it magnificently with perfect and glorious height, with the bravura and brio that utterly few of today’s tenors are able to muster. Here he became the Jussi we’ve learnt to love and admire through the years, and the ovations that greeted him

Teddy Nyblom of Aftonbladet recalled that Jussi had been singing “Il trovatore” before and “about his Manrico a colleague wrote something like, that he walked about through the acts ‘like a living iron stove’. Of this stove only the shimmering surface remains, since behind the silver armoury there lives an artist, who feels for the role in every nuance both through his singing and his acting. And he gives it its right character: Italian singing and phrasing. Moreover there is around Jussi and everything that he creates, an atmosphere of fine and pure opera air, not to be found by any other Swedish vocal artist.”

It can be added that “Sigurd Björling as Count Luna was … in good shape”, that little brother Gösta was Ruiz, that Master of the King’s Music Leo Blech was guest conductor and that “in the packed audience His Majesty the King was present and took lively part in the onlookers’ warm ovations.” This last comment was culled from Patrik Vretblad’s review in Social-Demokraten. Maybe it was on this occasion that His Majesty took the decision to make Jussi Royal Court Singer. That happened the following year!

Listen to Jussi from Il trovatore 1939: