This year’s lunchtime concert “Birgit and Jussi” took place as usual in Kungsträdgården on Monday 1 August at 12.15. The time may seem a little funny. The reason is that the parade of the Royal Guard has to pass first. The concert is a cooperation between the Jussi Björling Society and the Birgit Nilsson Society. The weather was fine but it was quite windy, so our excellent compere Claes Remminger had to function also as music-stand guard for our high-class accompanist Anders Wadenberg. Claes, who is deputy chairman of the Birgit Nilsson Society welcomed the large audience to the concert and reminded us that it took place in between two avenues, "The Jussi Björling Avenue” and “The Birgit Nilsson Avenue”. He then gave some background information on the two societies, first in Swedish and then also in English, since many listeners were foreign tourists. 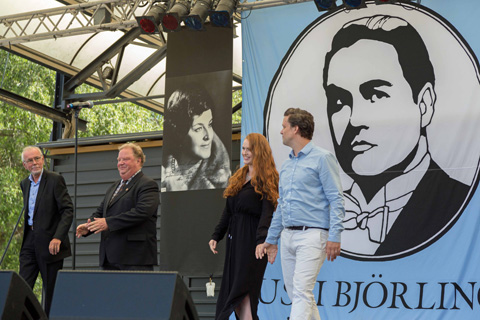 The concert opened with a few Nordic songs (romances). We listened to tenor Daniel Svensson singing Gustaf Nordqvist’s “Till havs”, one of Jussi’s show-pieces, and soprano Cornelia Beskow in two songs by Jean Sibelius, “Den första kyssen” (The first kiss) and “Flickan kom ifrån sin älsklings möte” (The Tryst), both singers with light lyrical voices. After that we were transported to the world of opera, when the chairman of the Jussi BJörling Society, baritone Bengt Krantz, in the role of Iago sang “Era la note (Il sogno)” from act II of Verdi’s Otello, in warm, beautiful legato. 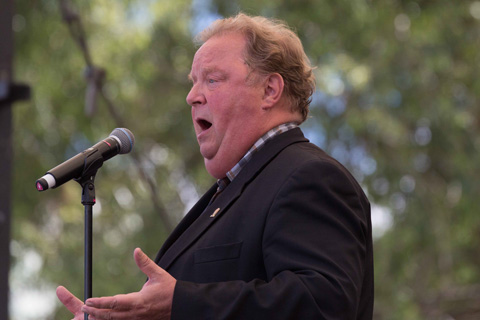 It continued along the same lines. Daniel sang another song from Jussi’s repertoire, this time Sjöberg’s “Tonerna” to a text by Erik Gustaf Geijer. Cornelia chose a third song by Sibelius, the wonderful “Var det en dröm” (Was it a dream), and Bengt rounded off with another scene from Otello act II, “Credo” in a dramatic performance. He is just now touring with Operafabriken’s (The Opera Factory) production of this opera, where he sings the part of the malevolent Iago. 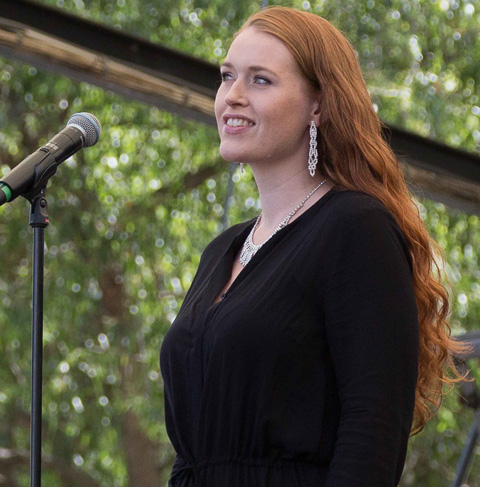 In the final round we were offered opera, serenade and operetta. Daniel opened with a fine reading of Lensky’s aria “Kuda, kuda, luda vi udalilis” from Tchaikovsky’s Eugene Onegin, and Cornelia showed in Sieglinde’s aria “Du bist der Lenz” from Wagner’s Die Walküre that she may have a future as dramatic soprano. Bengt calmed things down with the tenderly sung serenade “Musica proibita” by Stanislao Gastaldon, after which the lunchtime concert was brought to an end with lovely duet singing by Cornelia and Daniel in the well-known “Lippen schweigen” from Lehár’s Die lustige Witwe. 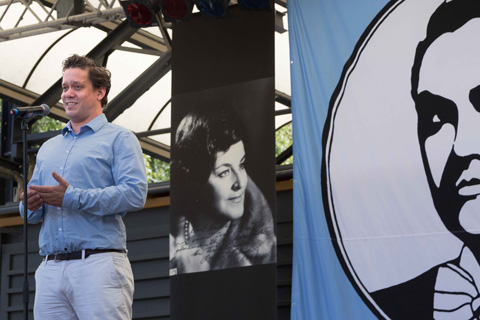 The three singers were richly rewarded with applause, and the coming season they will be seen in various stage productions. Daniel Svensson will sing Piangi in Lloyd Webber’s The Phantom of the Opera at Circus in Stockholm, Cornelia will make her debut as Sieglinde in Die Walküre at the Royal Opera in Stockholm, and Bengt will take on Antonio in Le nozze di Figaro at the Malmö Opera. We wish them good luck!