On Saturday 6 August at 2 p.m. the concert titled “Jenny & Jussi” took place at the Solliden stage at Skansen – a cooperation between the Jussi Björling Society, which annually award a promising tenor, and Folkets Hus och Parker, which choose a Jenny Lind award winner every year. Producer Simon Törnqvist greeted the audience and introduced the compère Pernilla Eskilsdotter, well-known from the radio programme “Classical Morning“ on Swedish Radio. Pernilla, who was compère last year as well, was as before filled with energy and had done her homework well. During the concert she interviewed the singers and musicians and also Ulrika Precht from Folkets Hus och Parker and Stefan Olmårs from the Jussi Björling Society. 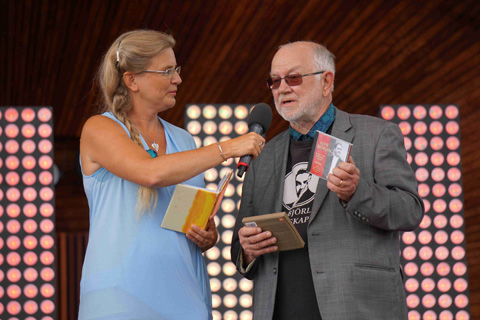 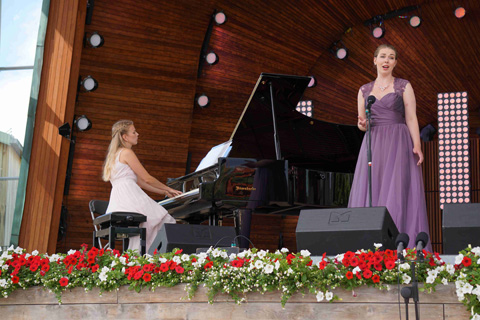 After that it was time for the presentation of the Jussi Björling Society Award. The chairman of the Society, Bengt Krantz, read the motives for the prize, which this year was awarded to lyric tenor Ole Aleksander Bang. He was met with warm applause and received a beautiful crystal vase with the engraved text “Ole Aleksander Bang, a prize-winner with heavy capacity and rare lightness in his singing” and SEK 30 000. Ole Aleksander studies at the University College of Opera in Stockholm and is to begin his second year. He felt very honoured and thanked with beautiful tenor tone in a song often sung also by Jussi, Gustaf Nordqvist’s “Till havs”, excellently accompanied by pianist Samuel Skönberg. 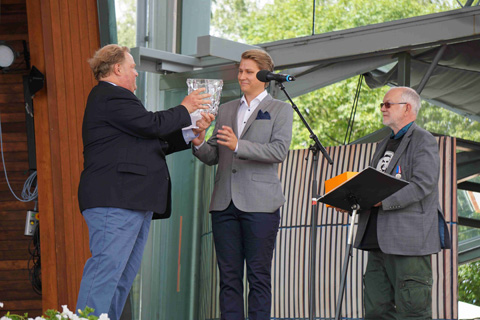 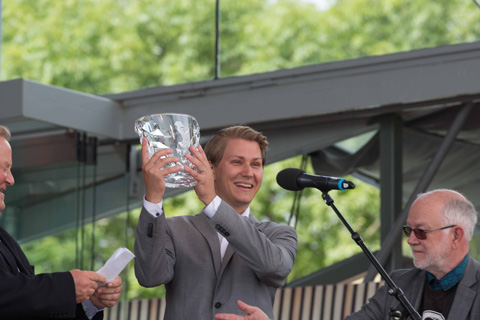 The Jenny Lind Award has involved among other things concert tours in Sweden and North America, which Karin has done together with her pianist Matilda and tenor Wiktor Sundqvist. From their repertoire we heard Ravel’s piano piece “Jeux d’eau” and enjoyed Wiktor’s tenor in Cardillo’s “Core n’grato”. 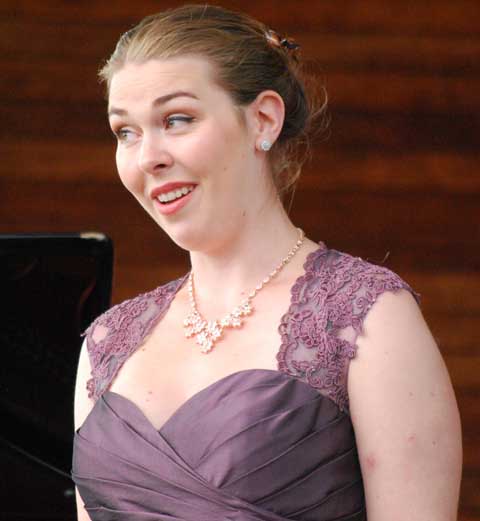 After that our prize-winner Ole Aleksander returned, now in Romeo’s aria “Ah! Lève-toi, soleil!” from Gounod’s Roméo et Juliette, lyrically sung with a tenor voice that is completely equilized over the whole register, as before with Samuel at the grand. 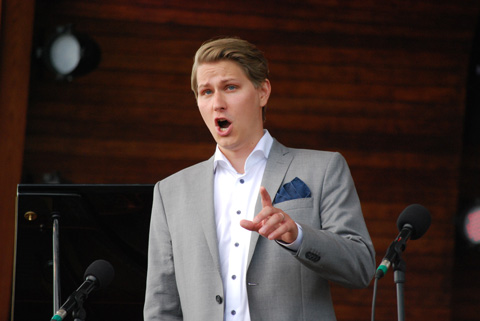 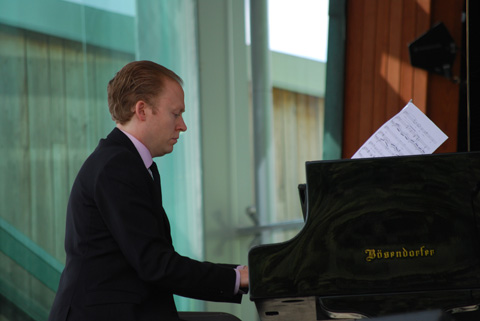 Samuel also had the honour to accompany the excellent cellist Pelle Hansen, normally member of the Royal Court Orchestra, but now guest-appearing on Solliden with Rachmaninov’s caressing “Vocalise”, originally a vocal work, composed for high voice (soprano or tenor) with piano accompaniment, and dedicated to soprano Antonina Nezhdanova. 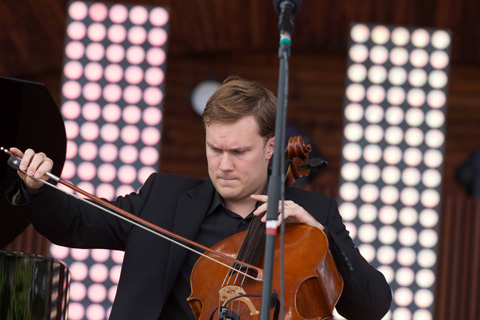 Finally Ole Aleksander sang Ragnar Althén’s “Land, du välsignade” with dignity and warm, full voice, and once again one remembered Jussi Björling. The duet “Ja was? Ein trautes Zimmerlein” from Lehár’s Die lustige Witwe, charmingly sung by Karin and Wiktor, brought the memorial concert to an end. Pernilla Eskilsdotter thanked all the participating artists, who got glowers and appreciating warm applause from the numerous listeners. 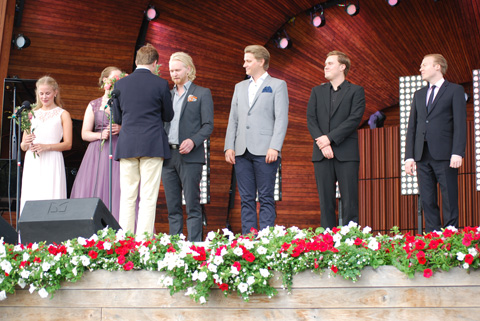