Jussi of the Month September 2017

That month meant seven opera performances for JB in Stockholm, among which two debuts; a concert debut at what would be one of his most important open-air venues, and a gramophone recording.

Jussi’s first role debut during the season took place on September 6, as the pasha Haroun in Bizet’s one-act opera. The opera was composed in 1871 and staged in an exotic setting, like the earlier Pearl Fishers, this time in a Cairo palace. The first performance  outside France took place in Stockholm in 1889, and Djamileh was given there 26 times before it was re-introduced in 1933 with Kurt Bendix as conductor. Jussi would participate in the 6 performances given of the new production (all in that year and 3 of them in September). In Stockholm, the opera was played together with La boutique fantasque, a ballet by Ottorino Respighi based on music by Rossini.

Dagens Nyheter called Djamileh‘s music  “thoroughly beautiful, full of character, picturesque, yes in places amazingly brilliant.“ Brita Ewert was much admired in her role as the slavegirl Djamileh, who succeeds in staying as Haroun’s favorite in spite of intrigues from Major Domo Splendiano, played by Folke Cembraeus. 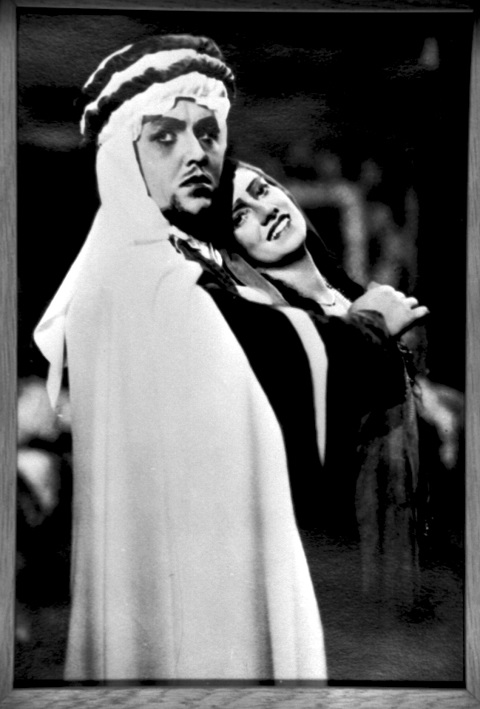 Jussi’s stage appearance had mixed reviews. Svenska Dagbladet, for example, wrote that he “is still far too unripe as an actor, as an expressive artist, to give the illusion of an exotic Don Juan type, whose heart of stone is suddenly awakened meeting the passionate mystery of true love.“ Being a comic opera, Djamileh had spoken dialog, which made the Aftonbladet reviewer exclaim about Jussi: “he has a splendid voice, but it is abolutely not suited for speech. When he talked, I was inclined to rename the whole opera ‘The Caliph from Falun‘ [Falun is the capital of Jussi’s native province Dalarna].“ Dagens Nyheter noted that the role was well suited for Jussi; “it took some time before he was at home in it, but eventually his voice sounded magnificent“. Scenen felt that the singer had developed: “After the summer’s studies he seems to have come to a refreshing  understanding that the noblest feelings in song are not always best expressed in blasting forte, but sometimes with melting pianissimi. He gave us expression of both these extremes in the vocally rather rewarding tenor part.“

Jussi's next opera performance, already the following day, was Prince Igor, in which he had made his debut as Vladimir in March of the same year. September 10 was an important date in his Swedish concert career, for that was when he made his Skansen debut. Already in 1931 Jussi had participated in a spring festival there, but now he was responsible for a brief concert in the Children's Day program. The magazine, Scenen covered him with special interest: "A charming boy, no doubt. And a much longed-for carrier of the tenor traditions of Arnoldson, Ödmann, Stockman." The magazine was of the opinion that Jussi, this autumn, should be admired not only for his stage successes , but also because he "at a young age had proved himself an unusually generous person and accepted the Children's Day engagement for a fee, which was not even enough for a tramcar ticket to Skansen and all the less for the entrance charge. Up there Björling sang in the beautiful September evening before at least 30,000 people, Eklöf's Morgon, Land du välsignade and the melting tango from The Csardas Princess so that tears were streaming from thousands of eyes, and director Hellborg almost had to apply for his rain insurance."

September 13 was time for another of Jussi's many gramophone recording sessions during these years. In the small auditorium of Stockholm's Concert Hall, he sang under Nils Grevillius' baton Min längtan är du (You Are My Yearning) by the gifted but notorious Swedish composer and singer Johnny Bode, and the Danish tune Klownens tango (The Clown's Tango).

A third Djamileh performance September 14 was followed by Romeo and Juliet on the 20th. A month earlier, August 22, Jussi had made his debut as Romeo, which would be one of his most popular roles in Stockholm. Like his debut, this third performance had Stella Andreva as his Juliet, and Hilding Rosenberg as the conductor. After the small role of Ruster in Riccardo Zandonai's I cavalieri di Ekebù the 27th, his second role debut in the month followed on September 30, as Lyonel in Martha.

Martha was like Djamileh a new production. Friedrich von Flotow's opera, first performed in 1847, had been staged in Stockholm in 1850 and "the reliable old servant from Richmond", as a paper called it – the plot takes place in England – had once been very popular. In 1933, Astrid Ohlson was Martha, Brita Ewert Nancy and Joel Berglund Plumkett; Hilding Rosenberg conducted. 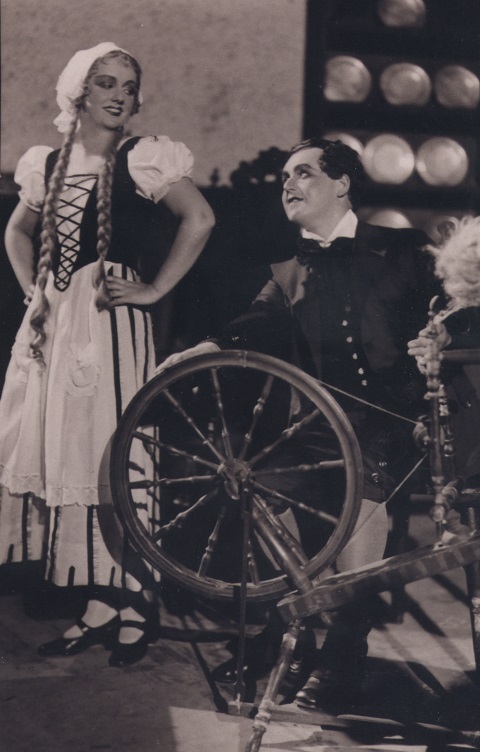 This new production was definitely not met with enthusiasm by the critics. Svenska Dagbladet saw an appearance from "the tomb of old-fashioned operas" and Aftonbladet's reviewer called the opera "an awful nursery spectacle", "walking corpse" and "one of he most pathetic performances I have ever seen in a theater".

Jussi was only to sing three performances, but the famous aria was already in his repertoire and he would record it twice in Italian as M’apparì tutt’amor. His singing was generally praised. Scenen wrote: "No doubt, Jussi Björling sings with all tenoral tenderness and charm … - though how long will this wonderful voice last, as it is being forced – but a few famous arias are not enough for a whole opera evening." Dagens Nyheter didn't think that Jussi in "Lyonel's neat boys' suit" had an especially lively role , "but he did his best, clasped his hands with a certain gracefulness, and towards the end, he sang quite delightfully. … When he was warmed up by the more agitated singing in the fourth act, he got in good form and delivered series of exquisitely sounding notes. There is nothing more to be done in Martha."