Jussi of the Month September 2018

When David Björling made his three sons Olle, Jussi and Gösta appear at a concert in the Trinity Church in Örebro on 12 December 1915, nobody could anticipate, least of all he himself, that the three boys (and David) during the next 12 years would carry through almost 1000 concerts throughout Sweden and also in the US. The start of the touring activities was of course delayed half a year, but after a settling-in period in July 1916 in the former hometown Borlänge, followed a month later by a handful of concerts in the neighbouring town Falun, the artist life was already in full swing. The first two years were primarily spent in Dalarna and the surroundings, but bit by bit they widened the circle. When David and the boys in autumn 1919 sailed off to the big country in the west they had already explored large parts of Mid-Sweden and were experienced artists and travellers. 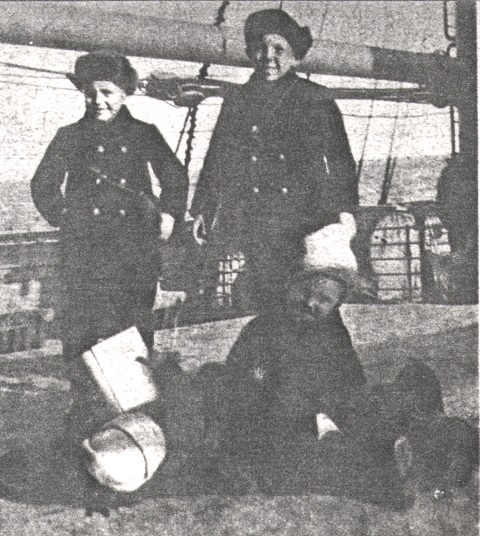 But of course it was something special about going abroad. However David had relatives and other contacts ‘over there’ since his first US-sojourn at the beginning of the century, and he had organised an extensive touring plan, which first and foremost went to the Swedish settlements up north. The late winter and spring of 1920 was spent in Illinois, with “Sweden’s third biggest town”, Chicago as centre. During the summer and autumn they travelled on to Minnesota, where David set up his camp in Duluth, a town with today around 90 000 inhabitants. It is the administrative centre of Saint Louis County and is situated on Lake Superior. The town has one of the largest lake harbours in North America. Forestry and sawmill industry are important branches of business, and the share of Swedish descendants was large in the 1920s, primarily people with their roots in Småland and Öland. The latterday most well-known cultural person from Duluth, to Swedes in general, ought to be Bob Dylan. September 1920 was spent there by David and his boys, and in this article we are going to focus on some events during this period. 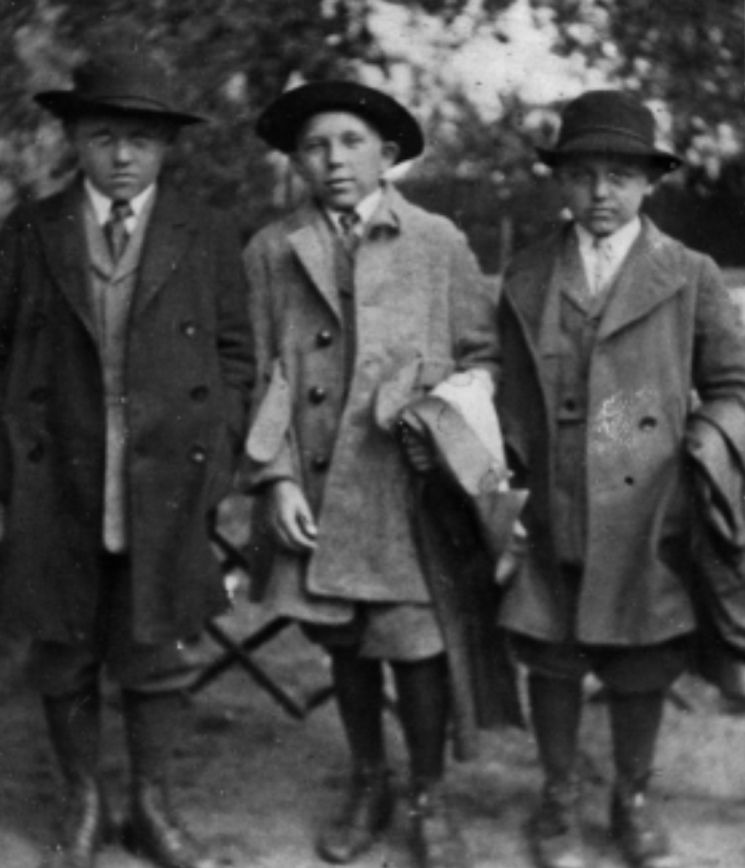 Jussi himself had very vague memories of the stay. In his memoirs he writes:

“We sang mostly in churches and I remember that I was singing a little song titled ‘Give me angel wings’ while I counted the prisms in the chandeliers. It was like a machine, a mechanical string of words. I don’t know if this is the right way of acquiring angel wings, but I believe that it’s the way children behave when they appear in public. We sang in both Swedish and English, among other things many of David’s hymns. As a solo I used to sing ‘Evening Song’ by Berg.”

Neither did his little brother Gösta have many musical memories from the time in America. On the other hand he relates many mischiefs the two little ones indulged in. Olle was obviously not inclined in that direction. A Swedish lady, Greta Forsberg, who was on board “Stockholm” at the voyage to the US, describes the boys in an article in the magazine Röster in Radio (Voices of the Radio): “Olle, the oldest, ten years, seemed very precocious. The brothers called him ‘Professor’ and he was the leader of the little group. Gösta, the youngest, seven years, was very cute with a shy little smile. Jussi, eight years, chubby, lively and dangerously impulsive. He wanted to sit comfortably, when he for once was sitting, often in somebody’s lap. Once, when he had placed himself cosily with a young lady, he hugged her enthusiastically and exclaimed: ‘Please, auntie, marry my dad!’”

To give a picture of the workload that was put on the shoulders of these young boys, we can study the schedule for the time in Minnesota:

29 performances in 98 days, that’s around one every third day! Not to mention the last two-week-period in September with 12 performances in 14 days. Qualified child labour, indeed! Also note that the last appearance in Minnesota was at the Gustavus Adolphus College in St. Peter, where later on his son Anders had his workplace. 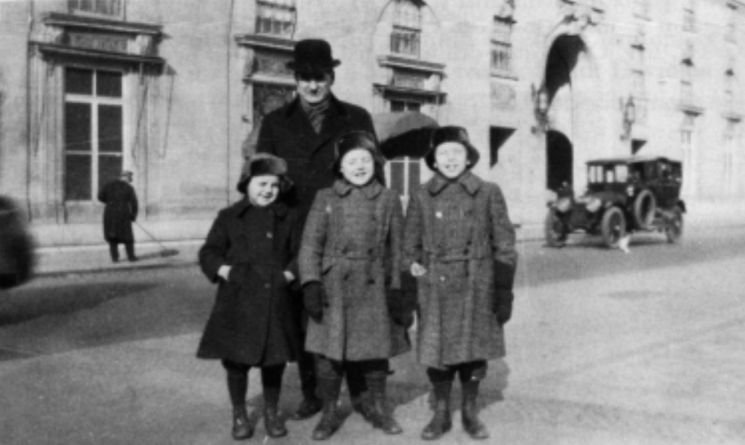 On tour in US

This was probably the most intensive period during the tour, but it wasn’t much milder during the rest of the time. In the local papers, some of them Swedish-language, there were numerous pre-concert notes and the odd review. About the concert on 5 September in the Bethany Church in Duluth the newspaper Augustana had an article worth considering. 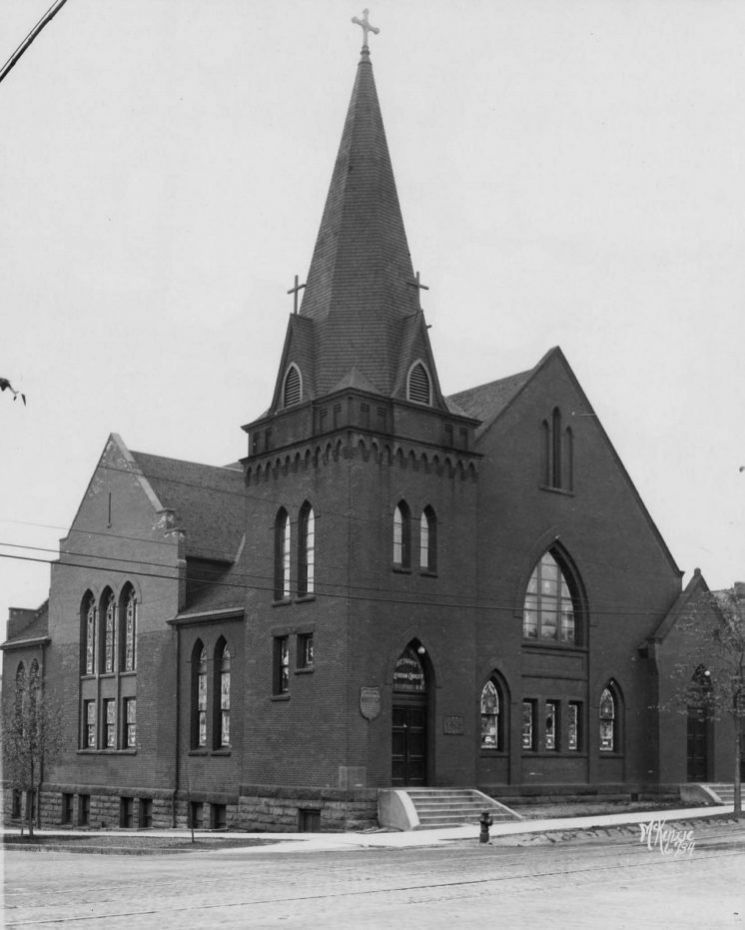 “During the course of the Sunday we were treated to an unexpected opportunity to listen to some numbers by the singing brothers Björling. Everybody found that the rumour was truthful. These boys … sang with a precision and ability that surprised the whole auditorium. They sang, as native Swedes tend to do: not only with full-throated tones offering a beautiful melody, but also pronouncing the words distinctly and clearly. What solo singer among us really does that? One can hear the melody, but no words. Then it doesn’t matter whether one sings in any language at all? This however, isn’t the singers’ fault but their teachers’. These boys have from their father learnt what real up to date singing is. Young singers, don’t forget this, and you will be more successful. So no one should leave undone the opportunity to listen to this group of singers from ‘the forests and valleys of their homeland’.”

Listen to the boys singing "I himmelen" recorded in USA 1920

From Duluth they made on 20 September a detour to the little town Two Harbors, also situated on Lake Superior. A note in Superior Evening reported from the appearance in the Swedish Lutheran Emanuel Church. Somewhat surprisingly one reads there that “Mrs Gust Anderson, 1115 Twentieth Street had the ‘thrill’, as she remarked, of playing the organ as accompanist to the group when they made their appearance… I will never forget how conscientious and punctilious the father was with the boys during their practices and performances, Mrs Anderson remarked.” “No advance notice was given to the organist, Mrs Anderson said, they just came into Two Harbors and asked for an accompanist and being the organist at the church at the time she was chosen to play. ‘And the father was no less strict with the accompanist in expecting nothing but the best in music for himself and the boys’. Mrs Anderson is assistant organist at the Pilgrim Lutheran Church.”

Something similar is told from another occasion. A Mrs Violet Hertzman received notice that she was to play only shortly before the concert, and with scarcely an opportunity to practice with the singers. Still “she played each number with a finish and careful following which was gratifying to Mr Björling and his sons.” David’s planning obviously wasn’t as meticulous as one could have expected.

A pre-concert article in Virginia Daily Enterprise before a concert on 22 September rounds off this survey of the time in Minnesota:

“A concert will be given next Wednesday evening in the Swedish Lutheran Church by David Björling and his sons. Mr Björling is a graduate of the Metropolitan School of New York and of the Conservatory of Vienna. His sons, 6, 7 and 10 years old, sing much like Schumann-Heink*. They have met with the greatest applause wherever they have appeared. Those who have heard them can truthfully say that they have never heard their equals. Ole (sic), the 10-year-old singer from the northland, sings his solos like a man. His voice is clear as a bell and his enunciation is unparalleled. The 6-year-old Gosta always captivates the audience with his solo ‘Waiting for Dad’ by A. Bond.

To music lovers we would say, do not miss this opportunity to hear these young singers. It will be a treat, rare of its kind. Mr Björling believes that singing for children is one of the greatest means by which their health can be preserved. It gives health and happiness and serves as a splendid means of invigorating the lungs.” 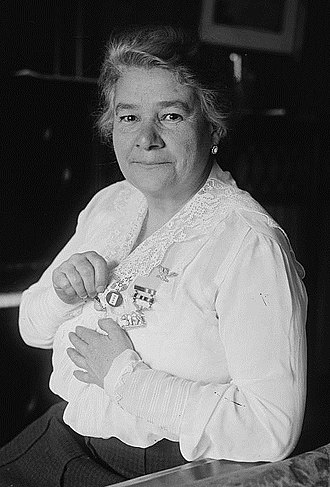 Ernestine Schumann-Heink (1861 – 1936) was a Czech born contralto singer who was generally regarded as one of the greatest of her time, famous for her powerful, beautiful and full voice, her flexibility and the wide range of the voice. She made her professional debut at the age of 16. She sung under Gustav Mahler at Covent Garden in London and between 1896 and 1914 she took part at the Bayreuth Festival. In 1899 she first appeared at the Metropolitan Opera and performed there regularly until 1932. She was one of the first singers to make recordings – the first time in 1900. Many of these are available on CD, including the very last one, “Silent Night” recorded in 1935, when she was 74!