An improviser among belcanto singers

For the 14th time the Jussi Björling Society arranged their Jussi Festival at the small factory village Strömsbruk. This time Jussi’s three children Anders, Lars and Ann-Charlotte were present, which added to the festivity feeling.

From 3 p.m. Ströms Bruksorkester, a local wind band, under Rolf Hedvall, treated the audience to well-played and entertaining music while the listeners assembled. 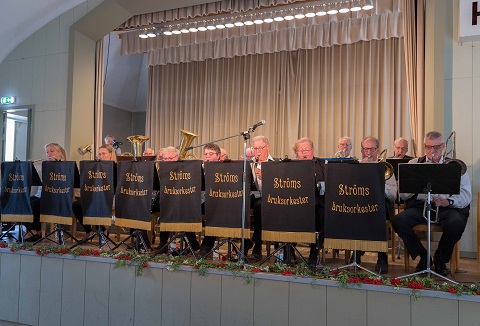 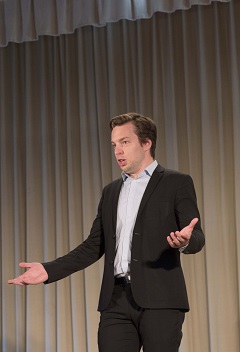 The concert opened with bass Erik Rosenius, who from the autumn of 2018 is engaged at the Opera Studio of Staatsoper Unter den Linden in Berlin. He is also part of Barbara Hannigan’s project “Equilibrium Young Artists”. Now he sang “Als Büblein klein” from Nicolai’s The Merry Wives of Windsor and “Kung Heimer och Aslög” by August Söderman. He turned out to have a beautiful bass voice, brilliant both in the lowest register and up high. Moreover he had scenic charisma.

Soprano Lydia Kjellberg was the next to enter the stage. She opened with Grieg’s “En dröm” and continued with “Summertime” from Gershwin’s opera Porgy and Bess, both well performed with a sonorous lyric-dramatic soprano. 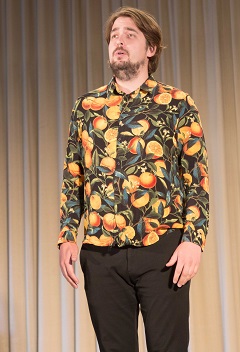 Then it was time for tenor Per Lindström, winner of the Jussi Björling Society Prize for 2019 to make his entrance. Last autumn he had a great break-through as Alfredo in Verdi’s La traviata at NorrlandsOperan in Umeå. Now he opened with an inward reading of Carl Leopold Sjöberg’s “Tonerna” and after that the aria “La mia letizia infondere” from Verdi’s I Lombardi, with Italian intensity in his beautiful tenor voice. 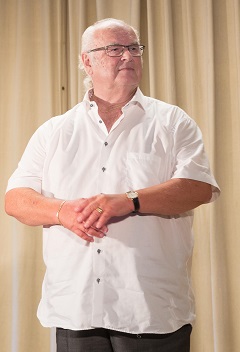 Before it was time for more singing we listened to pianist Lennart Eng, who so far had been a flexible accompanist to our singers, but who now turned out to be an excellent improviser. One could identify several well-known songs, for instance “Nobody Knows the Trouble I’ve Seen”

After that Harald Henrysson and Nils-Göran Olve briefly introduced Harald’s new book about David Björling and his sons in America.

Then the concert continued with a lot of beautiful singing in a number of well-known arias. Erik had chosen Sarastro’s “In diesen heil’gen Hallen” from Mozart’s The Magic Flute and Gremin’s aria from Tchaikovsky’s Eugene Onegin, Lydia interpreted Mimì’s second aria “Donde lieta usci” from Puccini’s La bohème and Per rounded off with Des Grieux’s “En  fermant les yeux” from Massenet’s Manon and “E lucevan le stelle” from Puccini’s Tosca. All three impressed greatly with fine legato singing and beautiful high notes.

The evening finished with “Request Concert with Jussi”. Anders, Lars, Ann-Charlotte and Harald opened from the stage with their requests, sandwiched with two requests from Christina Norberg and one from Örjan Grimås, both in the audience.

The next day, Sunday 1 September at 9 a.m. former chairman of OperaVännerna, Nils-Göran Olve interviewed the glorious soloists from yesterday’s concert.

The last item of the programme was “Presenting Jussi’s Singing Siblings, Olle, Gösta and Karl”. Harald Henrysson opened by saying a few words about David, the father, whose voice had many similarities with Jussi’s. Unfortunately there are no recordings with David.

Olle was church singer, tenor, appearing both in choirs and as soloist. We listened to four recordings.  Gösta was the best educated singer of the brothers with 60 roles at the Stockholm Opera. We listened to several songs – a couple of them the same as Olle sang – and excerpts from some operas, which brought this year’s cosy and interesting Jussi Festival to an end.