Jussi of the Month November 2019

I have already dealt with the autumn of 1959 in Jussi of the Month November 2018, but when I now return there it is from a somewhat different perspective, which may perhaps offer a further dimension to the artistry of Jussi. That Jussi’s plans for that autumn were thwarted through illness and limited to a small number of appearances has been mentioned earlier, but it interesting to realise that almost all of those appearances were recorded and, at least partially issued on records. On 20 August he gave a concert at Gröna Lund (issued on Bluebell ABCD 114). At the end of September he was in Rome and recorded Madama Butterfly with Victoria de los Angeles. In spite of some heart trouble the recording was carried through, but it was not issued until after his death. In 1961 it was awarded a Grammy for best opera recording (Warner Classics 7636342). 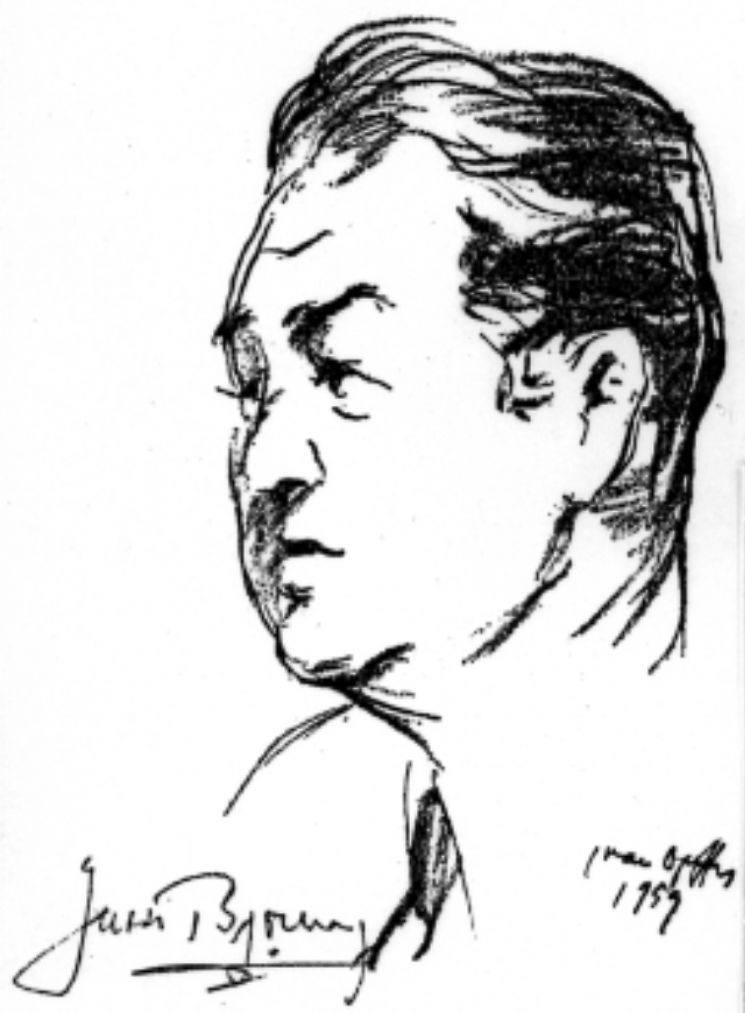 Drawing by Ivan Opffer 15 October Falkonercentret
On 15 October he visited the newly opened Falkonercentret in Copenhagen for a concert together with Bertil Bokstedt. Not until more than 65 years later a recording of the event was unearthed – in splendid sound as well – and there was quite a stir when the recording was issued on CD a couple of years ago (JPS Records JPS 682).

On 1 November he sang at the Stockholm Opera opposite among others Hjördis Schymberg and Hugo Hasslo in Manon Lescaut.

The performance was broadcast and parts of it was issued on records. This year it was issued complete in refurbished sound (Immortal Performances IPCD1110-2).

Then he went to New York and the Metropolitan Opera, where he was booked for eight performances during November-December, including a couple of Faust with Elisabeth Söderström as Marguerite. When he entered the stage on 16 November to sing Turiddu in Cavalleria rusticana it was his first appearance for more than two years. The return opened however discretely, since Turiddu is first heard in the Siciliana, which is squeezed in in the middle of the overture and sung behind the curtain “and so it passed without an audience reaction, but when the agitated introduction to the Santuzza–Turiddu duet began – and Jussi appeared onstage – the auditorium exploded in applause that stopped the show”. The words are Anna-Lisa’s in her and Andrew Farkas’ book about Jussi, and she continues: “The performance went gloriously well. The ovation that followed was more than one could ask. Partnered with such an electrifying artist as Giulietta Simionato, Jussi acted up a storm, once again artistically thumbing his nose at critics who condemned his stagecraft. The two of them made the confrontation between Santuzza and Turiddu throb with vibrant passion. This was one of Giulietta’s great roles vocally and histrionically, and she brought the flesh-and-blood verismo character fully to life. When Turiddu made his exit on Santuzza’s curse, conductor Verchi tried to proceed but the audience lost control. Their shouting, howling, clapping and stomping drowned out the music, and the performance stopped in its tracks. Jussi by then totally immersed in the drama, sang a fiery Brindisi and closed with perhaps the most Italianate ‘Addio alla madre’ I ever heard him deliver. For once it was complete with sobs that seemed to flow naturally from the music. It was a remarkable performance, but the hot-blooded Sicilian Turiddu was always a showpiece for ‘cold, Nordic-type’ Jussi Björling.”

The at the time teenaged Ed Rosen, who saw the performance from the Standing Room in the Family Circle, recalls more than 40 years later how he remembered Jussi’s entrance: “This performance has special significance for me, since it was the very first of only three times that I heard the great Jussi Björling. Turiddu’s entrance music started, and Björling entered. He couldn’t sing. The audience erupted in shouts of ‘bravo’ and ‘welcome back’ and applauded wildly, and the music had to stop. This went on for over three minutes, and it became apparent that the only way to continue the show was for Björling to leave, and enter again. He did. Again Turiddu’s entrance music played, and this time he walked on and was ‘allowed’ to sing. It was a moment that I will never forget. I can’t recall another time when a singer had to enter, leave and enter again so the show could go on.

Once it did go on, the singing was white hot. Perhaps inspired by the audience, or the fiery Simionato, or both, Björling poured out his great voice with abandon and emotion, and the reports that I had heard that he was a ‘cold’ singer couldn’t be further from the truth. He and his great Santuzza both sang as if their lives depended on it, and the audience cheered like mad many times that night.” This performance was also recorded – though not officially but candidly from the prompter’s box. Some excerpts have been available before (Documents 600129) but the complete opera is in the pipeline from Immortal Performances.

Jussi sang another Cavalleria on 27 November, this time with Zinka Milanov as Santuzza. In between, on 21 November, Tosca was on the menu, opposite Mary Curtis-Verna and Cornell Mac Neil. The former he was to meet again a month later, when he again sang in Cavalleria rusticana, which was to be Jussi’s last Metropolitan performance. New York Times wrote about Jussi’s Cavaradossi: “Although he is not imposing in the part visually, Mr Björling’s musical resources are still large enough to make up for it. He created the essentials of the role with his voice and with a keen sense of musical timing. Of vocal beauty there was his usual plenty, although one or two big moments were just short of maximum strength.” Excerpts from this performance are also available on Documents 600129. 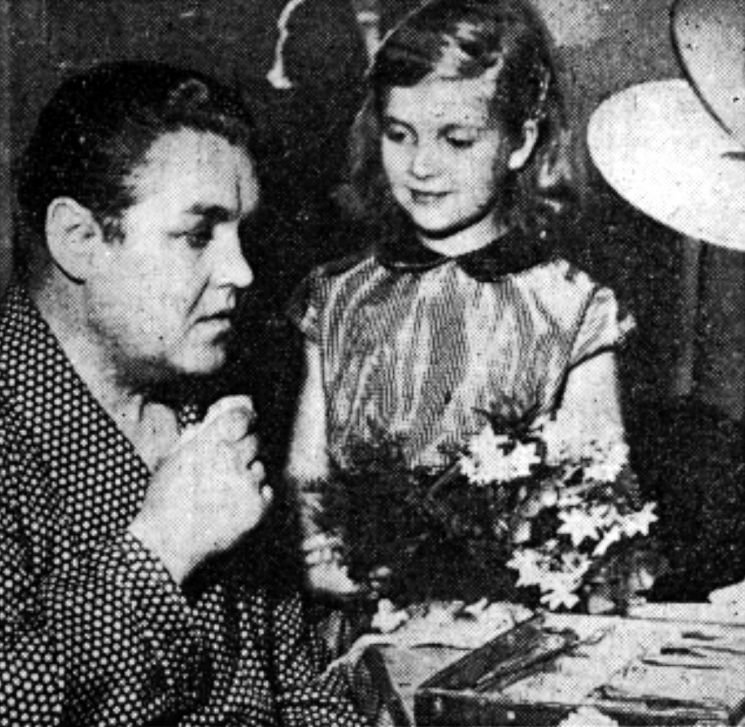 MacNeil, who had made his Metropolitan debut I March that year and was to sing 642 performances there, the last one in December 1987, also as Scarpia in Tosca, remembered long afterwards his only encounter with Jussi onstage: “Tosca was so underrehearsed that in the second act, in his fight with the henchmen, as he was screaming ‘Carnefice! Carnefice!’ Jussi broke loose. He acted too violently and fell to the ground with a big bump. I stood there and I wanted to help him, but I knew I couldn’t! You are Scarpia, for God’s sake, you can’t go lift a prisoner! I remember the anxiety I had for the rest of that scene wondering if he had hurt himself. I his later years he was considered a better actor than as a young singer, and I could see at close range why.”

At the next Tosca, on 11 December, Scarpia was sung by Leonard Warren, and Don Goldberg was in the audience. He recalls: “In the second act after Cavaradossi sings ‘Vittoria’ Jussi picked up a chair to throw at Scarpia. Warren, standing behind the desk, literally seemed to turn white! He immediately motioned Sciarrone and Spoletta to go after him, and they grabbed Jussi, with the chair raised high in his hand. He was still fighting as they dragged him out. Then just before reaching the exit, his body slumped as if he were dead. He wasn’t taken out, he was dragged out! When I saw that, knowing his health problems, I said ‘Oh my God! He’s had another hearth attack!’ What made it even more dramatic was that Jussi didn’t come out for a curtain call.

But Act III began on time and after his scene with the Jailer, Jussi sang an unforgettable ‘E lucevan le stelle’. When he took the first A-natural and did a diminuendo down to nothing, there wasn’t a sound in the house. People were holding their breaths. And when he finished the aria with such bravura, the applause was almost like a standing ovation – so many in the audience rose to their feet. Jussi was in magnificent voice, and it was simply perfect.”

Together with the sound clips these eye- and earwitness accounts confirm that Jussi, in spite of faltering health, was still at the top of his trade, vocally as well as action-wise.