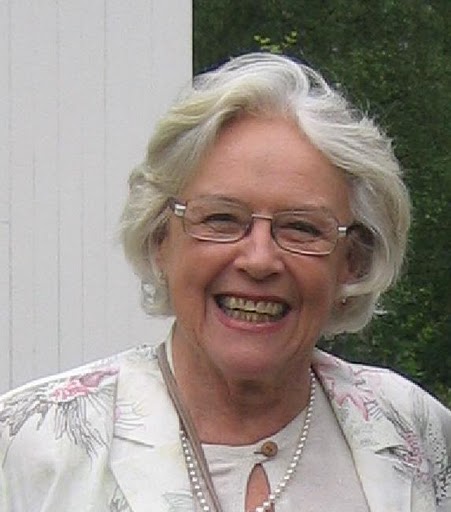 Only 66 days after the passing of Margareta Hallin, I have the painful duty to announce that still another Honorary Member has died.

The opera- and concert singer, Kerstin Meyer, also Royal Court Singer and professor, has left our mortal life on the 14th of April at the age of 92.

A cheerful, curious, sympathetic and lovable representative of the Singers Guild has left us. By that passing, we lose one of the last important Swedish singers who sang together with Jussi Björling, a part of eternity.

She was abundantly active at The Royal Opera House of Stockholm, where she participated in 74 productions starting in 1952. The roles included a vast selection of classic mezzo soprano parts in a variety of different languages, dominantly german, french and italian repertoire. She was also present in contemporary repertoire, first performances and Swedish works. She approached all categories with life, desire and devotion.

Kerstin also belonged among the relatively few opera singers active in the public space, often in the company of Kjerstin Dellert and Elisabeth Söderström.

Her educational activities included, besides a solid presence as a voice coach, a period as head master at the School of Opera in Stockholm. In that way she kept contact all her life with music, the art of opera and concert singing.

The voice of Kerstin Meyer is preserved in lots of recordings, produced in her homeland and also internationally. She was moreover active in a couple of opera houses outside the Swedish border. 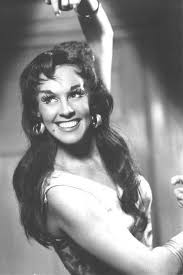 Kerstin Meyer as Carmen
She participated in the adaptation of Värmlänningarna as film, with Per Myrberg and Busk Margit Jonsson in the main roles in 1957. It is hard to find something who is made of so pure Swedish stuff.

Rigoletto and Trovatore are examples of works where she met Jussi Björling on stage. She worked in English operetta at Oscarsteatern in Stockholm in 1980 when she acted as Forget-me-not in Gilbert and Sullivan’s HMS Pinafore. Her majestic farewell occurred at Malmö Opera in A

Little Summer Night Music by Stephen Sondheim, when she was 85. The same year she was a lovely host in the program “Sommar” in Swedish Radio.

My personal memories of her include when she, full of exceitement, came back from the USA with her husband, cultural journalist Björn Bexelius, 1941-1997. They had seen Ernani at the Metropolitan, and they had observed that Folkoperan could put on Ernani, at their address at the time on Roslagsgatan in Stockholm. She persuaded her husband to see what Ernani in Stockholm could offer, since they were not so impressed with the Metropolitan production. It was enormously invigorating and gratifying, when she generously insured that Ernani at the small theatre at Roslagsgatan far surpassed the MET in acting and singing. That authoritative statement warmed and encouraged a young opera singer.

Kerstin Meyer has been loyal to The Jussi Björling Swedish Society, and contributed with many great moments at concerts and gatherings. She has also been a distinguished host at many concerts in other contexts. One unforgettable occasion was when she and Torsten Föllinger were hosts at “Opera Baddies,” at The Royal Academy of Music, 1991, arranged by Hans Hiort. It was at that occasion that the “seniors” turn to show up on the rigid rope, and the concert was crowned with an acclaimed performance by Hjördis Schymberg, 82 years of age at the time. So much of the warmth, love and humour that beamed from Kerstin that afternoon is kept in fond memory. Almost every singer from that occasion is gone now.

Kerstin Meyer was honored with many distinctions, among several, Illis Quorum, Litteris et Artibus, The Theatre Associations Gold Medal and CBE, Commander of the British Empire.

We continue to cherish the memory of a grand singer and a brilliant fellow human. Because that was Kerstin Meyer.