The Future of the JB Museum Ventilated Again 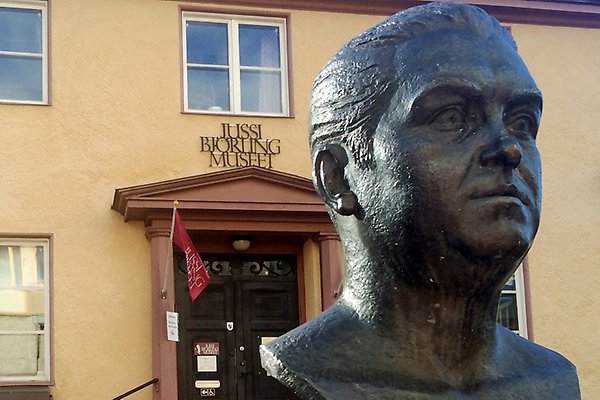 A few years ago Borlänge Kommun brought up the issue of the future of the museum, its premises and contents.  Those concerned, including the family and the Jussi Björling Societies, sent this spring an extensive document with viewpoints and questions. The authorities replied vaguely after some months. Recently Borlänge Tidning, the local daily, has taken an active interest in the matter in two articles, the gist of which is described below.

Journalist Jerry Brodin writes: “– We know nothing about how the activities will be carried through and this is frustrating, says Jan-Olof Damberg, curator of the museum.” Further on “The Jussi Björling Societies, and the family, now demand that Borlänge Kommun account for the future plans. In an official letter to among others, the Committee of Culture and Sports they express their worries. A number of questions are asked and they want to know whether the museum will continue to exist on a level comparable to what the case is today.” “Jussi Björling’s family, who have deposited a considerable part of the items in the present exhibition, stresses in the document that they, before they get a clarification from Borlänge Kommun, cannot decide on a continued deposition”.

“Curator Jan-Olof Damberg hopes that the questions will be answered during the autumn. He knows nothing about the future for the activities.

- There are no written plans. Nothing. We don’t know what will happen and this is irritating, he says. He asks himself whether the museum in the future will be just an exhibition.”

A good week later, on 7 August, the political editor of Borlänge Tidning, Jens Runnberg, publishes an editorial where he calls in question Borlänge Kommun’s competence to investigate the matter: “A museum during the 2020s cannot function as during the 1990s. The visitors demand interactivity, possibilities to ‘digital visits’, competence concerning social media and digitalisation of archives.

It appears ever more that the Björling Museum actually doesn’t need to be moved; rather that it needs a substantial reboot considering what it will be in the future.

Competence to find out this, I maintain, isn’t available among the politicians in the Committee of Culture in Borlänge, and a commission to a civil servant at the Culture administration is not likely to give a sensible basis for a decision.” Jens Runnberg concludes: “Borlänge Kommun needs an investigator who is able to combine digital museum competence with an international outlook towards the art where Björling was one of foremost in the world.

The foremost, if you ask me.”