After her debut as the Countess in The Marriage of Figaro in 1963, at the Royal Opera House in Stockholm, she has been a guest at several scenes in Europe, Russia and the United States. 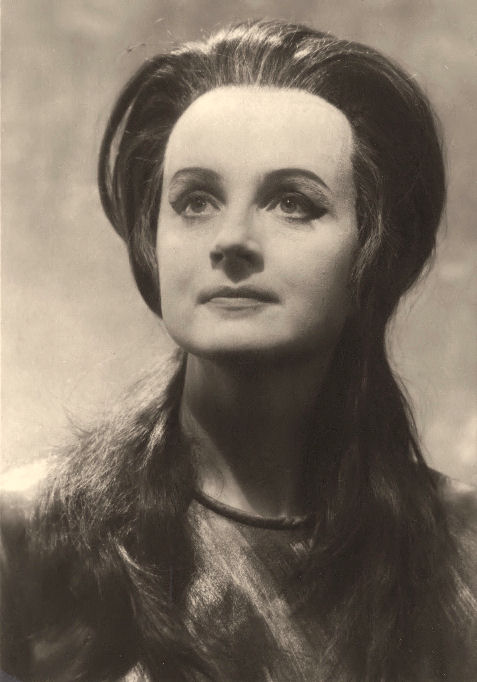 Berit Lindholm as Brünhilde in Bayreuth 1969
Lindholm has been sought after as an interpreter of the roles that Richard Strauss and Richard Wagner has created for a dramatic soprano with a reliable stamina. A brilliant record production is also the part as Cassandra in Les Troyens by Hector Berlioz under the baton of Sir Colin Davis and with Jon Vickers as Aeneas.

Beyond this classic studio recording, is Berit Lindholm represented in a large number of live recordings.

There is no doubt that she belongs to the foremost singers of her generation in our country and also one of the great Wagnerian opera singers of the 20th century.

Born 1934, she is born 23 years later than Jussi Björling, and had no real connection to him, neither as a colleague, nor in a repertoire that in most content didn´t consist Jussi´s, if you exclude parts as the title role in Tosca, Amelia in Un Ballo in Maschera and the title role in Turandot. The career and the roles of Berit Lindholm is in many aspects similar to the ones of Birgit Nilsson, and it is there where all three singers fits, as some of the prime singers of the twentieth century in our country. She has an obvious position as an honorary member of The Jussi Björling Society, and we grant her most welcome.