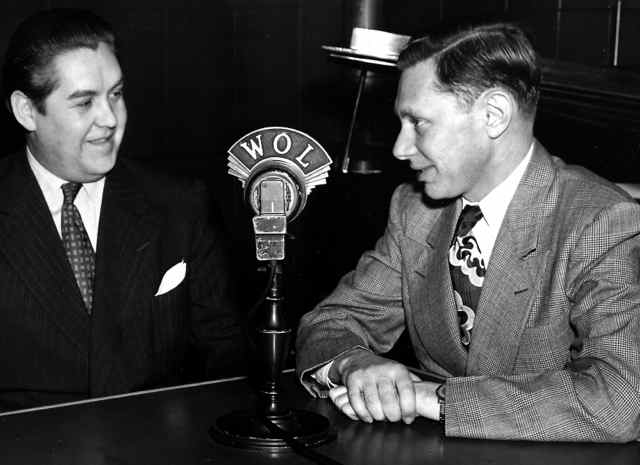 Jussi very rarely gave radio interviews. Here we have managed to collect seven of the so far known recorded interviews in chronological order, recorded 1951 – 1960 with playing time totalling ca. 53 minutes. Most of the interviews are in English.

The figures in brackets refer to the Chronological List that Harald Henrysson compiled of all the recordings with Jussi Björling.

Scroll to the end of the list until you find B. Live Recordings, Studio Recordings, Radio, Films and scroll down to 51.04, where you find information about interview No. 1.

Listen to interview No 1

Listen to Interview No  2

Listen to interview No. 3

Recorded 26 or 27 April 1959, New York, Hotel room Essex House? Interviewer Gene Fallon for the radio station WNYC and the programme Around New York. Broadcast for the first time on 28 April 1959.

Listen to interview No. 4

Recorded 25 June 1959, alt. one or two days earlier, Stockholm, Sandrew Studio. Interviewer Erik Sandström for Swedish Philips Inc. Via Radio Luxemburg the programme I väntan på Ingo (Waiting for Ingo) was broadcast before the first World Championship Match in Heavyweight Boxing between Ingemar Johansson and Floyd Patterson at Yankee Stadium in New York on 26 June 1959. The interview was broadcast as a telephone interview with Jussi at his summer house in Siarö. According to reports from those present the recording was made with Jussi and Erik Sandström sitting in the Sandrew Studio in Stockholm. A partly faked interview.

Listen to Interview No. 5

Listen to Interview No. 6

Listen to Interview No. 7